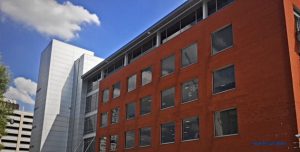 The mayor of London, Sadiq Khan has announced the formation of a new panel to speed up domestic building on public land. Sites at the top of the list include Enfield’s Meridian One, and St Ann’s Hospital in Haringey. This panel, which will replace the previous group, disbanded in 2017, will run for four years, and consists of 29 developers, contractors and housing associations. This second London Development Panel [LDP2] will ensure that London’s public assets play a major role in addressing the affordable housing shortage. It has the potential to facilitate up to £20 billion of development according to the mayor.

A process will exist whereby sites are submitted by public bodies, and developers who have bid will be shortlisted after completion of an initial questionnaire. Once on the shortlist, candidates will be invited to prepare a thoroughly detailed tender.

Enfield in North London is set to use the LPD for the development of it’s Meridian One Scheme, master planned by Karakusevic Carson Architects. The borough took the majority decision not to use a single master developer for the project. Council leader Nesil Caliskan stated that the council within the project was ’genuinely new for a local authority’. Saying that the council would be able to oversee and take control of the development.

St Anne’s Hospital in Haringey, owned by the GLA, will receive similar LPD attention, and will include 50% ‘genuinely’ affordable housing. This has been a welcome move, as the St Ann’s Redevelopment Trust (StART) has held an extensive campaign aimed at securing affordable housing for the site.

There are also plans by Transport for London for three car parks in Harrow to be converted into 100% affordable homes. Underused public sector land provides an extremely satisfactory solution with regards to delivering new homes for North London. It also of course signals good news for the construction industry as a whole along with specialist suppliers and plant hire companies.